A foray into sketchnoting

I’ve always admired people who can clearly visualise complex topics. I’ve sat and watched Draw my Life videos on YouTube. I’ve watched Scrum Masters quickly and beautifully visualise a Sprint retrospective in real-time. I’ve seen companies describe their processes with awesome diagrams. And I’ve tried poorly to emulate both of these in my day-to-day work (no examples available 😅).

I recently came across a technique of visual note-taking called sketchnoting. I was inspired by this video to look give it a go.
After buying the book, watching a ton more videos and pouring over other people’s examples on their blogs, this weekend I finally got the confidence to reach for a pen and some paper and actually start drawing.

As I hadn’t seriously tried to draw since school, I started off by first practicing lettering. I was surprised to find out just how much I sucked, especially at writing capital Ls for some reason. I got distracted and attempted to draw a cat…

I took a break from lettering and switched to drawing basic shapes: squares, circles, stars, stars with faces and shoes…, flowers, more cat faces, some cat faces that look like dog faces.
For some reason I thought it was best to do all of this one one insane piece of paper.

Once I had warmed up I moved on to drawing caricatures. I wanted to test myself by picking a topic to draw and only using a simple stick-figure design (blatantly stolen from this awesome blogger 😬). I was pretty happy with the outcome and even surprised myself with a 🔥drawing of an easter bunny. 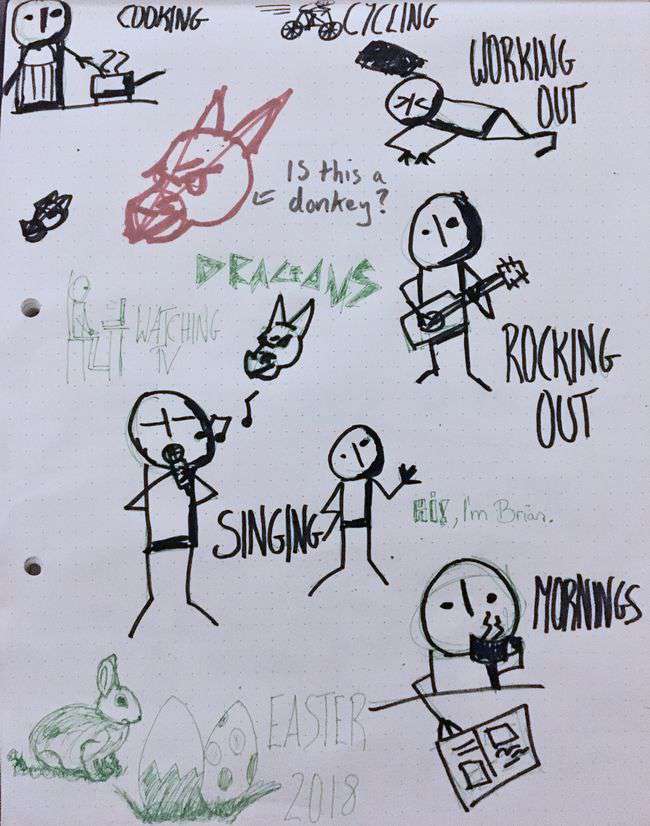 Some were better than others…

At this point I was confident enough to attempt my first actual sketchnote in my virgin Moleskine notebook.
As this was going to be the first thing in my notebook, I thought it only fitting that it be about yours truly.
I combined my now-less-rusty lettering with my actually-not-that-bad caricature skills and came up with this: 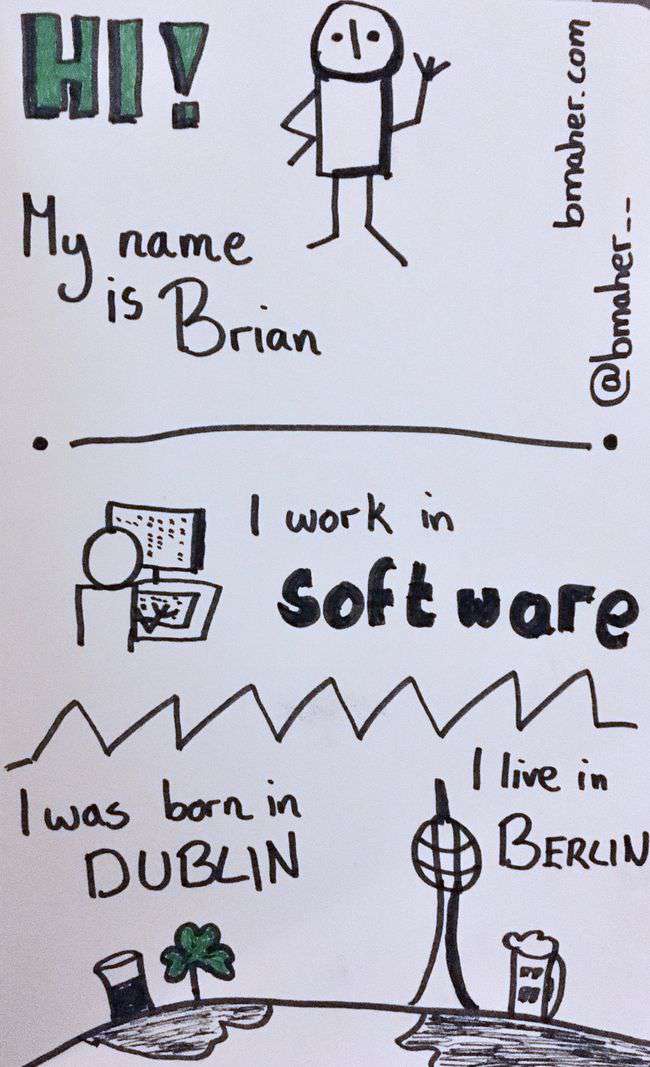 It was nerve-wracking writing in pen in my bare notebook, it felt so final; I think I started sweating at one point.

For my next challenge (and page 2 of my notebook) I decided to sketchnote a recipe I’d been working on recently. 🍳 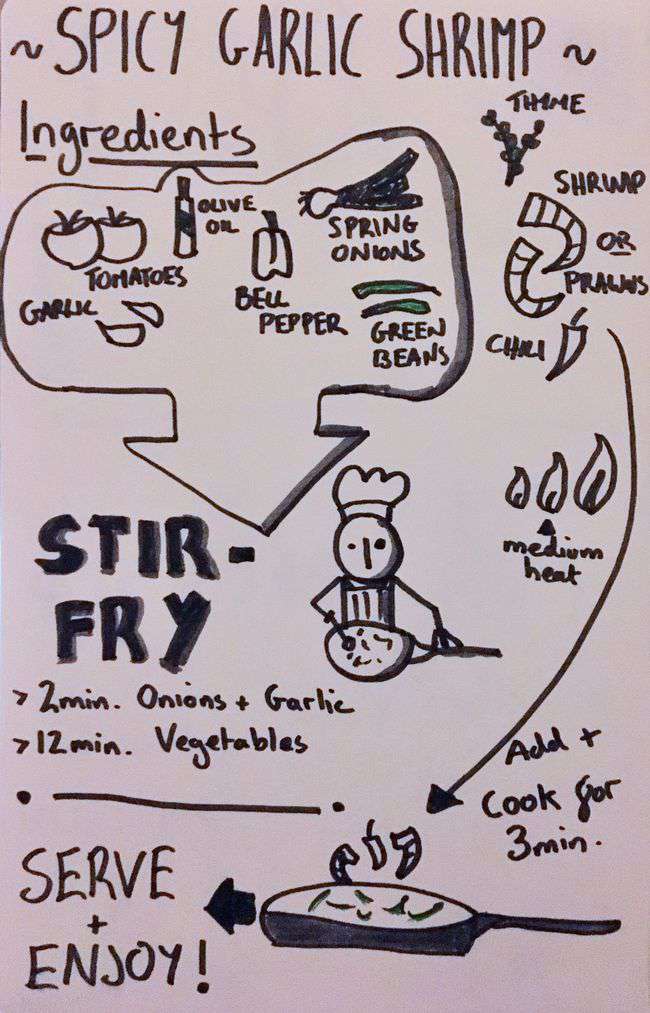 Overall I’m happy with my progress; from essentially zero to now being (a little more) confident in my ability to visualise an idea clearly.

If, like me, you want to visualise your notes but aren’t confident in your drawing skills, I urge you to just sit down with a pen and paper and start practicing. You just need to rediscover the talent you had as a kid for doodling… it doesn’t take long!